A Musical Tribute To Brett Favre 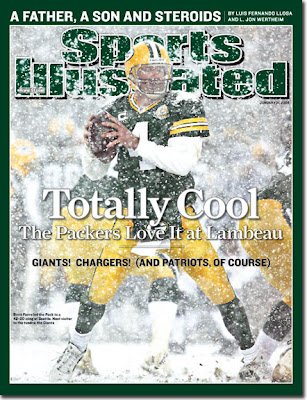 Bloc Party -- Hero
This song can be found on the Two More Years single.

Ben Folds Five -- For All The Pretty People
From the Whatever and Ever Amen reissue.

The Black Lips -- Cold Hands
From the Good Bad Not Evil album.

The Go! Team -- We Just Won't Be Defeated
From The Go! Team's first album Thunder, Lightening, Strike.
Posted by Matt Flaten at 3:41 PM

Matt & CS first met in high school in Wisconsin, then they met up again in college. CS keeps criminals behind bars in Texas. Matt is living life as a tourist in Ukraine.

If you would like to send us music feel free. I will try to incorporate everything we can into the blog somehow. It may be a bigger review, it may be just a link in a larger post, you never know. Here is where to send your music.

A good way to send tracks is through SoundCloud.

Music is only posted for a limited time. Everything on the front page includes active downloads. All tracks include links to where you can purchase the posted songs. Tracks are for promotional use only and will be removed upon request.

About the Rating System

YASR Relevant Review ratings are based on the 1999 C-Span Historian Poll of the greatest Presidents of the United States. So OK Computer would get a rating of "Abraham Lincoln," Hail to the Thief would be rated as "William McKinely" and Pablo Honey would be "Chester A. Arthur."

Send me your track